Update from the Loony Bin 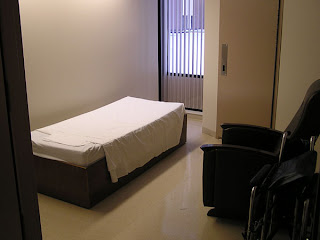 OK, I shouldn't joke like that but I find that looking at it humorously helps take some of the sting out of it and believe me, it does sting. Six years ago I had "it all" (at least as far as my modest goals go): condo half paid off, a nice car, a nice motorbike, an education fund for the snid, lots of savings and now here I am just a short few years later with every single penny of it gone, tens of thousands of dollars in debt, no prospect for employment, no home and in the loony bin. Take my word for it, it stings.

Anyway, all water past the damn now, no sense boo-hooing over spilled milk and all that. The above picture is not my room by the way but it's something like that. Loony bins are a great cry away from the bad old days. In addition to a single bed like that, I have a desk where I can do my studies and write. It's really all I need right now.

My application for a persons with disabilities pension (and I very much feel very debilitated at this point) application is moving along. That's the one thing that I'm really sweating bullets about. If that doesn't go through, I'm really hooped so cross your collective fingers for me there.

I'm legally entitled to a second opinion about my mental state and medications so I had that done yesterday evening. That went really well and I think he's far more sympathetic to my concerns about medications. I'm currently at 1200mg of lithium, a mood stabilizer infamous for its affect on one's ability to read. I told my main team clearly that if I can't read, I'm f**ked; that's all I've got left, my ability to read at a high level. I got really upset about my dosage level one night and ... ahem, spent the night in the "penalty box" (solitary confinement). So I'm hoping my re-val will get the dosage knocked down some. Which might not be a big deal. When I get out, I'll ... uuhhmm, "self-prescribe" anyway. I simply will NOT allow my reading level to be impacted. I'll not take the anti-psychotic either because, well, I'm not psychotic. Anti-psychotics are just something that psychiatrists just brainlessly prescribe to all bipolar and schizophrenic peeps no matter what. Screw that. The affects of anti-psychotics are well known for impairing cognitive functions which, well, I kind of like to have as much of that as possible, please and thank you.

It sounds like I'm going to get out of the hospital soon and to a sort of "half-way house" for psyche patients. I went there last year after that hospitalization. There's more freedom there, more computer access and ... pum-puh-puh-pum, much better food. After that there's another housing deally were I can stay for several weeks. After that, I just hope something works out for a more long term lodging.


THANKS so much to everybody who's been reading along and for the encouraging words. 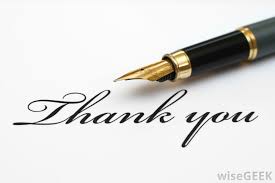