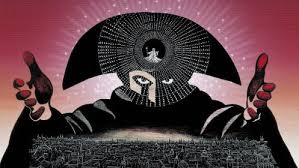 Bipolar and Death Becomes Your Hope:

Bipolar does some very strange things to the concept of hope. Hope is vital to the human spirit and is one of the things - I think, I believe - that is part of what makes our uniquely human brains unique. The ability to form hope and hold on to it in times of darkness (and I don't mean mental illness darkness but the darkness of life's struggles in the "outer world") is a key survival tool. When things look logically impossible, it is hope that will drive us to continue.

I've been blessed with a lot of capacity for hope. I've been in some of the goofiest hopeless looking situations and just stumbled through them because of pure blind faith hope. But bipolar may, paradoxically, be turning that against me.

There's a strong connection between mania and hope, I believe. This is more my personal theory. The other things I've talked about I'm pretty sure about and there's more science and studies to back them up but I can't recall reading any specific references to hope. But to support my case I turn to the amount of great leaders that were supposedly bipolar. We're talking from Alexander the Great to Winston Churchill. And I think it's evolution that created this feature (and what else would it be?).

I'll connect the rest of mania's "features" to evolutionary design another day but I just want to focus on hope here. When times are tough and difficult and the tribe is in mortal danger, you'd better have a leader that can create, envision, maintain and inspire hope. Enter the manic mind. The manic mind can create hope out of nothing. The manic mind can create and envision crazy, crazy amounts of hope. And maybe even throw in delusions of grandeur for good measure (which, if it's a good leader, will make him a visionary). Anyway, all handy stuff when your tribe is outnumbered ten to one and about to be annihilated by the neighbouring tribe.

But - and this connects back to my previous post - you'd better have the chops to back it up. I'm sure evolution culled out a lot of manic "visionary leaders" over the millenia who didn't have the chops - or balls - to back up their visions of hope.

So you've lived with these visions of hope all your life and none of them have worked out and then you've been plunged down into the worst depths of your life after you've lost everything you've ever owned, ever worked for and you've lost all concepts of who you are, or who you were, and robbed you of all ability you thought you had and the years of stress have broken down your brain and body - in other words, everything you've ever had, every tool you've ever had, every weapon you've ever had has been taken from you, they're no longer available to you.

Yet your manic mind still keeps putting up these visions of "hope". Except they're not hope anymore, not in a positive sense. Because when you've reached for something so many times and fallen on your face each time, the brain creates something else. It creates a pain response. Hope creates pain. Hope IS pain. Cruel, sadistic pain. But you can't make it go away so it taunts you and pains you  every day. And maybe this is part of the psychic pain some people talk about. It's a pain very, very few people can understand because you'd have had to have walked down a very particular path to have gotten to this point to understand it.

So rather than hope being a "positive" thing, as most people would think quite naturally think of it, after awhile hope becomes something cruel and negative. And then the mind - whether this is an "exclusive" of the bipolar mind or not - twists this around and offers a new take on hope. Death becomes your hope. Hope, at its core, is designed to deliver the human mind from suffering, to offer a way forward in times of darkness. In the suicidal mind (bipolar or otherwise), this is what becomes broken. Death becomes a vision of hope. As I wrote earlier, this is something that would be incomprehensible to 99.9% of people, including "professionals". This death as hope twist in the mind takes place in many people who have attempted suicide successfully or not but I believe that the bipolar mind has a particular "talent" for creating this mental state.

Bipolar, Suicide and the Dark Side of Neuroplasticity:

Neuroplasticity is how the brain responds to environmental conditions. Create a certain environment (outside stimuli of all imaginable variety) or a repeated thought process and the brain will "re-wire" itself, or reconfigure itself, to adapt to that. This can be a good thing - such as how the brains of blind people develop other highly attuned skills that sighted people do not possess - or it can be a bad thing, like addictions, Obsessive Compulsive Disorder, pedophilia and so on. I hate to toot my own horn as a smarty pants again, but as soon as I understood the concept of neuroplasticity (earlier this year, after I'd started my general research into the brain and mental health disorders), I knew that the answers to suicidal ideation lay here - the brain's wiring gets out of wack.

This can be both horrifying - to think that a brain can be "wired for self-death" (which it is in the case of suicide bombers for example) - or full of promise for those with a suicidal drive; for what has become "wired" in the brain can become "unwired" or rewired. It takes an enormous amount of work, but it can be done. At any rate, this is what's going on - in a strictly scientific view - with the suicidal brain. What can make a brain "hope" to die, to view death as "hope"? The answer, my friend, is not blowing in the wind, it's in the science of neuroplasticity.

It would appear that my ideas on this are born out and being looked into by others.

My book, Dancing in the Dark - Why?, is based entirely on that question - why? And that "why?" was this; why did I become more suicidal after I entered the "care" of the mental health care system and systematically took their prescribed potions? Further, why did this not just happen to me, but happen to thousands of people? My book, people, has already grown past 150,000 words so I could not possibly even briefly summarize that here. If you are interested in this question, all I can do is give you some paths to follow. I was on at various times, during my two and a half year pharmacological reign of terror on my mind, lithium, dovalproax, anti-psychotics, SSRI anti-depressants, a benzodiazopine, sleep aids and ... I think that's it. How would the drugs that are ostensibly supposed to "help" a suicidal man drive him to worse suicidal "ideation" (a euphemism of utterly no practical meaning that I despise, by the way)? Let me count the ways:

There is copious evidence linking SSRI use to suicide and increased suicidal ideation. I fill a large portion of one chapter of my book with case histories and evidence on this.

Lithium is not exactly "good" for the human brain or central nervous system. I despised how I felt on lithium. It is well known to reduce joy in life (and hence "knock down mania"). Again, much more detail to go into on lithium.

Anti-psychotics can not only increase or worsen psychosis but also change your brain structure.

Divalproex is an anti-seizure drug developed to treat epilepsy which my one psychiatrist described to me as "the zombie drug". Which is exactly how many people who saw me during this period described me. Google "divalproex zombie" and you'll get many references to "feeling like a zombie".

"Benzos" are well known for both their addictiveness and their withdrawal difficulties.

So take your pick. Aside from actual changes in brain structure and function, there are the devastating psychological side effects of being changed from a life loving, gregarious, smart, lively person into being what people characterize as a zombie. Or that it feels like your soul is being sucked out of you. And all your joy for life. Or the psychological impact of a life long skinny guy ballooning up by close to fifty pounds because of weight gain side effects.

Why doesn't suicide or suicidal risk happen to everyone? That's a good and fair question. As I described about the human brain and mind, it is an extremely complex organ and the most mysterious device in the known universe. But for starters, one would have to look at the blood-brain barrier and each individual body's drug metabolism. We're all the same yet we're all different. How each of us responds to alcohol is different. How each of us respond to something as simple and every day life as a conversation with the opposite sex is different. We're a complicated species. So I guess it's just the "luck of the draw" whether some people are driven to suicide by psychiatric drugs or not.

So, take your pick among all these factors. One way or the other, the bipolar brain becomes physically different. The bipolar brain can greatly mess with your psychology. The bipolar brain can really mess with your wiring and cause it to do wrong things, including suicide. I've written before about how life just wears one down. If life blows and life losses are straw, there just comes a day when a last straw breaks the camel's back. Dealing with all these factors for thirty plus years just wears you down. That bipolar disorder worsens over time and with each cycle is well established.

But if nothing else, I am a tough SOB. I was born to a tough family and my life in logging made me pretty tough. Am I tough enough? Tough enough for that day? That's a question I answer one day at a time, my friend.