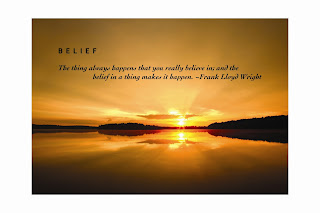 I promised myself that I'd start posting some more positive material and I'm going to start that right here and now. As well, everyone who I've talked to about my ideas for fighting back against mental health disorders tells me I should "write a book about it". Which, well, I am. Anyway, here's some of what I learned and what has helped pull me away from the precipice of suicide.

It is hard for us people struggling with mental health disorders to take what I somewhat disparagingly call "shiny-happy" advice from those who have not gone through our struggles. And I'm talking the real serious stuff here, not just bouts of the blues or what have you. I mean stuff that disrupts your life, costs you jobs and relationships and so on. If you think "they" don't get it, you are right, they don't, or most often don't.

But no such case here. You are getting this advice and encouragement from someone who's been to hell and back. I struggle through elements of all the "big five" (schizophrenia, bipolar, major depressive disorder, anxiety, ADHD AND very bad suicidal issues). I've lived through suicidal psychosis. I've lived through depression so dark and deep that getting put out of my misery with a bullet would have been very welcome relief indeed. Yet here I still am.

And I am here to tell you that there is hope, there really is. As long as your heart is beating and your lungs drawing air, there is hope.

I'll just be brief today but here are some of my foundations of hope based on what's been working for me;

This is just a rough list and I want to get into more detail on all of this stuff. This is the funnest stuff I write about. Look, I can't tell you how close I've been to you-know-what. Trust me, I've been down there ("there" being the deepest, darkest, miserable pits of hell). My last psychotic episode was a true horror show. But here I am, because I just keep applying those six things (well, #2 I'm in a bit of a bind just now but I'll get back off of them as soon as I can). These, and other methods, have made amazing differences for me and I am positive they can do so for you as well.

I've made and lost enough hope the last few years of struggles to fill a container ship. Yet I know that to get through all the tomorrows you still need hope so I just get up off the mat after each knock out punch and build more hope. You can too.

Oh, there's one more take away I want you to have. You have a brain. It's an amazing brain. Ponder this; your brain has one hundred billion neurons, a hundred and fifty trillion synapses and enough "wiring" to go around the earth twice . That, baby, is a lot of power - and you can learn to use it to defeat anything. Yes, anything. In future posts I'll tell some inspiring stories.

That's it for today. So for now, ponder on those six things along with the power of your brain and 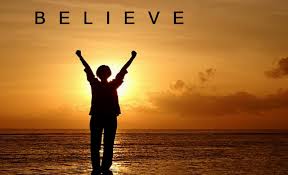