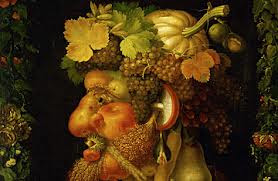 Thoughts in the Raw, as I've previously explained, are just pure, raw thoughts. While I intend this blog to be a source of information and even inspiration, I also need an outlet for what's on my mind even in my worst times. I have no one else to share this with. I am under no medical care or therapy at this time - I'm flying completely solo - and I don't consider it healthy to keep all these thoughts inside. So I need to put them somewhere. It's important also, I think, for people to be able to see what this can look like. Bipolar and suicide are very strongly linked (yet another topic for a future post) and my Thoughts in the Raw and occasionally other posts are an "inside" look at what that is like for someone going through this aspect of bipolar disorder.

Cooking the Raw is something I'll always post following a Thoughts in the Raw post in order to add some perspective.

I've made, by any account, amazing progress from where my mind was at the end of last year when I went through my most horrific suicidal psychotic episode yet. Psychosis is almost impossible for anyone who's not gone through it to comprehend. Not even professionals have any real clue (they're trained to react to it, not understand it). Its exact brain function is not, as far as I'm aware, well understood (something that I'm researching). All I can tell you is that it takes over the brain and drives you to do things. It does this with hallucinations, voices and commands. Visions and commands to slash the shit out of yourself with a knife. Visions and commands to kill others and then yourself. They're very hard to fight off. And completely and utterly horrifying to go through. But psychotic episodes were only a small part of it. At the end of last year (2012) my mind was a psychological and psychiatric drug side effect toxic wasteland of hopelessness, soullessness, self-hate, pleasureless, negativity, and damaged and lost cognitive functions.

What took me from that death's door was something I'm still trying to figure out. Once the episode passed, I entered what I'd later recognize as a "good" manic episode. A rather timely and fortuitous episode I'd say. The energy, optimism and drive from that phase got me on the right track and started on the work I continue to do. I started eating much, much healthier (my diet prior was deplorable). Eating healthy is not just about nutrition, it's part of a mind set as well. As one blog puts it, "eat like you give a fuck". And it's true, if you feed your body crap everyday with little thought to what's in it or what it's doing to you, you are sending your subconscious a powerful message that you don't give a fuck about yourself. Eat well and you tell yourself that  you care about yourself. Turning this around wasn't easy but I did it with the help of Stanford psychology professor Kelly McGonigal's book The Willpower Instinct. Her book is not only very informative on how the mind works (an area of research of mine), it teaches excellent methods for instilling better habits and how to make your mind - and willpower - stronger. It also taught me more about meditation - and the power of meditation - than any other book I'd tried. I also found neuroscientist Mario Beauregard's Brain Wars an invaluable source for teaching me more about the potential power of my mind, and again how that power can be tapped through practicing meditation. But perhaps greatest of all was my discovery of the brain's plasticity, a concept best summarized in Dr. Norman Doidge's The Brain that Changes Itself. The case studies of amazing stories of the brain's plasticity - and therefore its potential to heal - proved an enormous inspiration to me. While the book doesn't specifically address mental health issues like bipolar, one chapter does address Obsessive Compulsive Disorder. Learning what this disorder is, how it takes over brain functioning and how it could be defeated gave rise for me all kinds of ideas and inspiration for myself and things I could try.

Age old ideas about living one day at a time and reducing stress and worry were also very useful. I found these in Buddhism and Dale Carnegie's classic, How to Stop Worrying and Start Living. The book is chock full of simple but effective methods for dealing with worry and stress along with lots of real life anecdotes.

For the first time in my life, I closely examined all my manic/depressive cycles and analyzed what happened and why. I created what I call my "anti-virus program" to deal with times of distress (which I'll describe in more detail in a future post) and what I can only refer to as my "inner committee" in which I give both manic states (highly optimistic nature and thoughts) and depressive states ( negative nature and thoughts) and what I think is "me" (a neutral logical voice) equal time in my head and "we" will come to some sort of agreement on all the thoughts in my head. I give equal value to both optimistic and negative thoughts as each, I've found, can balance the other. This is in keeping with some of the ancient Chinese concept of yin and yang - the balance of light and dark in life. One cannot exist without the other so both must be lived with and to best do so is to learn balance between them.

So all these are things I work on. I also keep my mind as busy as possible with reading, research and writing.  An idle mind is a dangerous mind I've repeatedly found in life so I aim to keep mine busy.

But despite all this work, things do conspire against me. And that's what I talked about - and need to talk about - in Thoughts in the Raw - II.
Posted by Bradley Esau at 11:50 AM