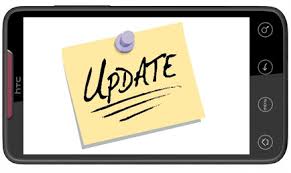 I am out of the hospital and, coincidentally, also finished splitting up with my family and have them (ex-wife and daughter) moved into a new place of their own. I am officially a ward of the province of British Columbia, staying in a transition house for people with mental health difficulties. It is not a permanent solution as this housing is only temporary while one seeks permanent housing. Which with no present income and in the most expensive city in Canada (and one of the more expensive cities in the world for housing), should be interesting. I still hope to be able to buy a cheap motor home and live out of that but so far those plans have been thwarted. Meanwhile, I wait for my persons with disabilities pension, something that would give me MUCH needed income.

All in all, it could be worse as I have worked with homeless people in the past (briefly as a volunteer) and know that scenario well enough to fully realize how rough that can be. Nonetheless, my recent life all has a very nightmarish quality to it. As someone who's worked all his life and provided for himself, this feels like a very long fall from grace. But so life goes. I was thinking this morning how in life luck can turn. I realized that much of my life had depended on lucky breaks and always meeting the right people and how that pipeline of luck and good fortune has simply just dried up. My experience, always valuable before, suddenly seems without value and without a formal post-secondary education, along with being over fifty years in age, I am stuck in quite an unemployable position (if employers are going to train someone they'd much rather train a younger person).

I don't believe in superstition like "karma" and such but I have done some shitty things to people over the years so during my lower dark moods it feels like this is responsible for my turn in luck. I also burned through my daughter's small education fund (I had no choice and was sure at the time that employment was just around the corner or that a new "job" was going to work out and I'd be able to pay it back but of course that never happened) and this was no small factor in feeling dark and suicidal again recently. This is part of the "joys" of manic depressive swings; you feel up and full of sunny optimism - which then doesn't work out - and so you return, in an inevitable downward slide, to the dark pits of depression where this hideous uncontrollable dark voice reminds you of all the optimistic idiocy of your "up" times. The dark voice of manic depression is, I'm convinced, different than the negative voice of "regular" depression. I've had much experience with both and they "feel" much different. Manic depression (by which I mean the depressed cycle of bipolar) has much more oomph behind it. Like the up cycle, with its uncontrollable optimism, lack of insight, this driving power and so on, the down cycle also lacks insight but rather than runaway optimism there's this driving force of darkness and gloom with a pipeline of negative, destructive thoughts and a suicidal drive. Unlike regular depression, where one still has some insight and can utilize techniques such as cognitive behaviour therapy (as I've done in the past) to ward off negative thoughts, manic depression's lack of insight and manic like oomph makes this much more difficult if not all but impossible (which is all very difficult to explain to people though Kay Jamison does a not bad job describing it in An Unquiet Mind and on Charlie Rose's the Mentally Ill Brain). As I've described before, manic depression is, I'm sure (and brain scans bear this out), as dark as the human brain can go.

But bad luck and down life circumstances aside, however, I AM feeling better. I do not currently feel dark or suicidally depressed (though not exactly "up" either). To what do I owe this? Is it the drugs to which I had to return? I'm not sure to be honest. Personally, I'd more credit the most excellent group therapy at the hospital than anything (I knew the practitioners from a previous stay and they deliberately tailored the sessions to my needs ... largely because I was at times the only one who attended and that I was the only one who attended every session). The drugs? Who knows. There are people who do swear that drugs work for them (among them the afore mentioned Ms Jamison, the grand champion of lithium therapy, which is what I'm on). I have my concerns about  lithium (the side effects include a Parkinson's like hand tremor, impact on reading ability, among others) but my dose is not too high (1,200 mg ... the max is 1,800). A standard "therapy" for bipolar is also to prescribe antipsychotics which is a big WTF to me. I'm not currently psychotic so why the hell would I take harmful antipsychotics when I'm not psychotic? In fact, I became even more psychotic while on them, a phenomenon well described in Robert Whitaker's Anatomy of an Epidemic. Sheer lunacy in my (quite learned) opinion. But this is one of the advantages of no longer being in the hospital; I am not forced to take them (and they do force you to take them in the hospital) so I'll simply not take them. There's no practical, logical or medical reason in the world to take them so I won't. As for the lithium, I'll likely, as a requirement of being on a PWD, have to take that but I'll ... uuhhmm, "tailor" my doses so as to minimize its impact.

I still hold out hope for my motor home idea (which would be cheap housing and offer my beloved freedom and mobility) and - ta-da! - I'm looking into taking some college courses. Not, exactly, courses that would aid future employment but courses taken for the simple (and best, IMO) reason of nurturing my mind, that is subjects that I am truly interested in. Since I started researching for my book I've become greatly interested in psychology, philosophy and neuroscience. Neuroscience courses may be above me for now but I can take first year psychology and philosophy courses so that's what I'm looking into (at the most excellent local college). It'll engage my mind, I'll have a chance to meet like minded people and it'll give me something to do. And hey, who knows, perhaps I'll do well then I'll just keep forging forward, and maybe I could get a psychology degree and become a practicing psychologist some day. It's something I'd love doing and I've already got my "It Takes One to Know One" degree. So what if it may take ten years; a journey of a thousand miles begins with a single step. So ... we'll see. No matter where you are in life you have to look forward to something.
Posted by Bradley Esau at 7:26 AM