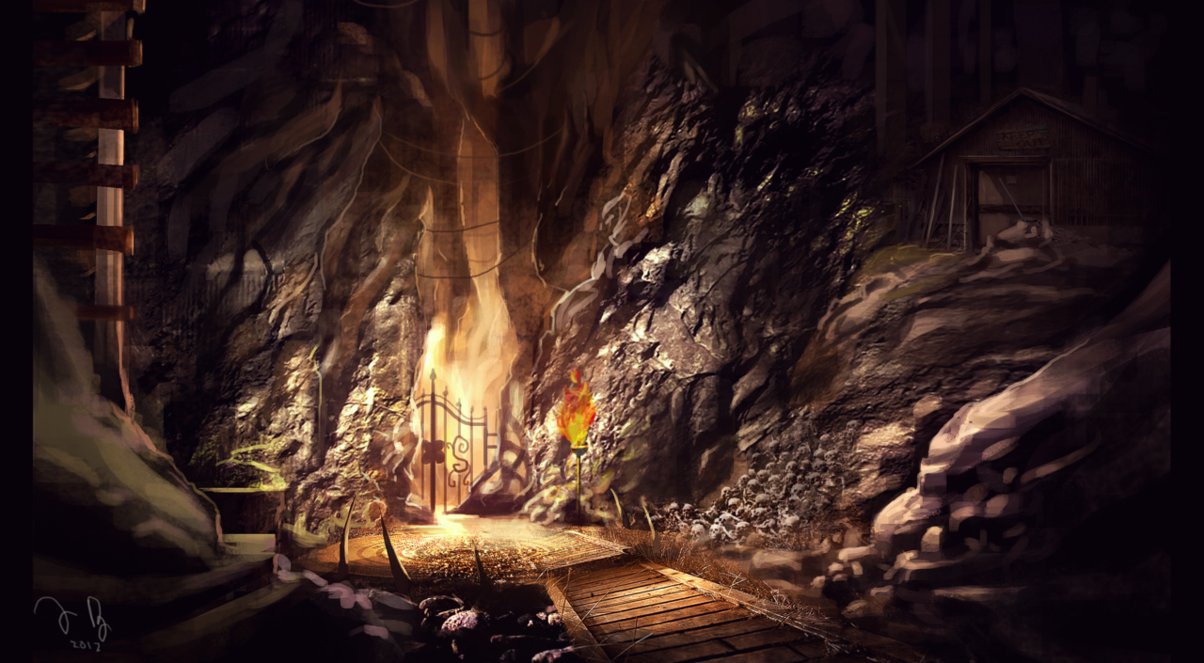 Every now and again I'm reminded that I'm living through hell. Or my worst nightmare (sort of the same thing in actuality).

When I was younger, in my early twenties to be exact, and I was beginning to get serious about life (IE; stop partying, binge drinking, wasting days sitting around smoking dope, etc), I began to look around and look forward in my life and decide what I wanted, didn't want and where I wanted my life to be in the future. Pretty basic stuff.

I did all the normal things; what career/job/vocation could I do and made some decisions there, started savings plans (long term, short term), look towards buying a home and building equity and so on.

All of this was spurred by a sight I saw whilst pissing away a gorgeous sunny day suntanning on a popular Vancouver beach (its famous Kits Beach). On that day, among all the heart achingly beautiful young women and bronzed stud muffin young men, I saw the future. The future was a man I saw among all the golden youth, a man of perhaps sixty-five to seventy, a man who had the bearing and manner of having had a good life, and there he was picking up bottles. It was easy to see in an instant that he loathed having to do it, that he was humiliated and that he was doing it because it was the best he could do at his age to scrape together some extra income and get by.

It took only another instant to see that that was my future if I continued to piss away my life on beaches thinking that the perfect tan was all there was to life.

So from then I endeavored to spend my life making sure I wouldn't end up being that age and needing to spend every waking hour scrounging for bottles to exchange for 5 cents a piece just to scrape by. That was my personal nightmare, the hell on earth I had to avoid. You, of course, may have your own but that was mine.

The various effects of bipolar had yet to descend on me at that point and for the rest of my twenties I proceeded to do all the right things in building a financially secure future for the day I faced retirement.

Fear is a powerful motivator and the fear of living that future vision of hell I saw on the beach that day never left me and I worked my ass off.

The nineties (my thirties) saw some of the full horrors of bipolar introduced to me and things got quite challenging. At one point I returned from an ill-fated business trip to Japan flat broke with nowhere to go but my sister's couch (an arrangement that lasted only very briefly) and then my car.

Things got a bit loopy (this is a mild understatement) for a couple of years but I forged through it, righted the good ship Brad and back to the grindstone I went.

I managed to buy a condo, got lucky with market conditions, continued to work my ass off (this was in Taiwan where I worked as a teacher putting in twelve hour days, six days a week (and often time on Sundays). I built equity, savings, and security against having to scrounge for bottles.

Things were never not challenging. Bipolar loopiness can spring upon one at any time (well, not any time, under times of some kind of stress but I'll get to that in enormous detail later) and that created no shortage of difficulties (though the upside of bipolar is that a nice little manic burst can get you through some unbelievable tight spots). I'd later learn that I battled a host of other mental difficulties but I muddled through them all in an ignorance is bliss sort of fashion and with the enormous support from an unbelievable network of friends.

I came home to my daughter and her mother in 2006 and set about creating a family life (my life had no shortage of colour, but perhaps stories for another day). I bought another condo, got more savings going and generally had the best year of my life. I worked hard, played harder, got to know my daughter and things looked grand and rosy. I sat on the deck of my beautiful condo, my beautiful family around me and thought to myself, "It was a hell of a ride, old boy, but look at what you've done." I was very proud of what I'd accomplished. The hellish future I'd seen twenty-five years earlier seemed very far away.

By the spring of 2009, I'd lost my home and all my savings, about a quarter million dollars of equity was gone. I also knew I was losing my ability to work. At that time I was already feeling the debilitating aspects of long term bipolar as well as - I wouldn't learn until early 2018 - Chronic Traumatic Encephalopathy (CTE). Though I didn't understand yet at that time what was causing it, I could sense it deeply. I knew I was no longer mentally or physically the man who could work twelve hours a day six days a week to work his way out of this mess.

The insulation I'd spent a lifetime building against the hellish future was all stripped away. Hell on earth was staring me square in the face.

But the fun had only just begun.

I hung on through the rest of 2009 and into 2010. I managed to hold a job of sorts and to make rent, though every month was a struggle and threats of eviction a near monthly source of stress.

Things exploded (in my mind) with my first episode of psychosis and attempt at suicide in July of 2010.

Reasonably, I thought, I entered the mental health care system with my first hospitalization in a psychiatric facility.

The next thirty months was a whirlwind of living on the brink of suicide, numerous episodes of psychosis, long, long periods of psychiatric drug induced fog. I suffered the drug side effects horribly. I lost all capacity to work properly (though I did manage to put in periods of work of a few weeks to a month or so).

Many more hospitalizations were to come. A nightmare had come true. A living hell.

Eventually I lost everything. All my loves, all my pleasure, my ability to work. And then my very mind itself, by which I mean days upon days for months being capable of little more than staring out a window all day listening to music. I could not even do my greatest love - read.

A year after that I was living out an unheated van in a Canadian winter.

Yet that winter I was having some of the happiest times of my life. I'd put most of the horrors of the past behind me. I was loving life. I was tackling life.

As I sit here typing this out, I feel like the most blessed, happiest man on earth.

I sometimes have to - as I started out saying - remind myself that I am in fact living the hell I'd feared all my life; broke, homeless (1) and alone.

But despite being in - living - the hell I envisioned all those years ago on a gorgeous beach among gorgeous people, I am mostly at peace, content, full of industry and dreams and plans and there are some very wonderful people in my life. I am grateful for everything I have. Every day I love life as much as I possibly can. I experience great pleasures.

It's still hell I'd spent a lifetime fearing and working to avoid, but ...

Anyway, this is life. Hell may very well happen. Hell may very well be happening to you or a loved one. The trick then is to make slices of heaven out of hell. Every day. Create enough slices and one day your life is mostly heaven. Or as close to it as possible.


There are many things that this blog is and will be. It occurred to me this morning that maybe it's mostly about the Art of Living Through Hell on Earth.

I learned that when life puts you through hell there's not a lot you can do about it. I suffer and have suffered horribly (which you'll understand when I get into the details of things like psychosis, bipolar mixed episodes, hallucinations and voices, and the blackest black of suicidal depression) but the fact remains that there's no going back to Kansas. I - nor anyone - cannot just click my heels three times and go back to Kansas, to get out of hell.

So you have to learn how to get through hell on earth. Ol' Winnie knows a thing or two about getting through hell. He not only had to guide himself through it (he reportedly often suffered great depression), he had to guide the great city of London and an entire country through the hell of the Blitz. Giving up was not an option. There are a lot of people who drop bullshit quotes who don't really know what's behind the words spilling out of their mouths (a pet peeve of mine) but not ol' Winnie. He knew what he was talking about.

So this is what we'll look at in this blog, how to keep going through your private hell. Or how to help and support a loved one through their private hell.

It's an art form, I discovered. There's all the science behind it - and that's tremendously important, of course - but all the day to day stuff is an art form. We'll learn those arts.

As I've said many, many times, there is not a single aspect of mental health, the mental health care system and the psychiatric/pharmaceutical approach - the whole great picture - that I have not investigated, examined and researched in great deal.

I have also lived almost all of it - bipolar, hallucinations/psychosis and all of that, ADD, crippling anxiety, the debilitating effects of CTE, and of course some of the darkest and crippling depression you can image (or not want to imagine). I knocked on death's door many, many times (or it on my door I suppose).

I'll talk about pharmaceutical drugs, who prescribes them and why and why they are proving to be ultimately ineffective.

I'll talk about psychiatric hospitals and how to get the most possible out of them.

I'll talk about how to get through acute crisis situations (IE: on the brink suicidal ideation).

I'll talk about, in short, everything you might need to know to get through that hell and into the best possible life you can still have.

Because we can't control life, folks. We can only control our minds.

And that's my ultimate goal - how to control, or better control, your mind. 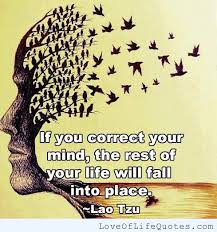 Yes, difficult, I know. I know.

But we'll get there. If I can, you can too. Life is not perfect, never will be. But we'll build as close to something that will bring you more happiness, contentment and inner peace as we can.

(1) Though I now have basic shelter under good conditions, it is a gift from strangers. I own nothing, have title to nothing, nothing on paper. I could be cast out at any moment and there'd be nothing I - nor anyone - could do about it. Home - a true and proper home - is something you have some sort of title or legal right to.