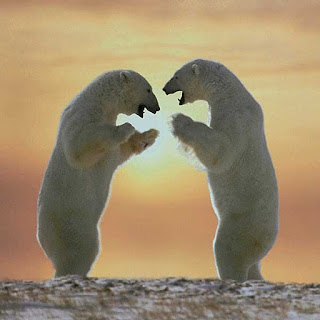 That I'm writing this and that you're reading this is the culmination of a rather strange and unexpected journey I found myself on. For reasons that will become more evident as you read along, I hope you choose to stay on this journey with me and make it part of your journey.

It's possible you've discovered this blog by happenstance, became intrigued and are now taking a closer look. It's possible you came here on the recommendation of someone else. It's possible that on some level this is something you've been searching for for a long time and you feel you've found it. It's possible you found this through one of my YouTube videos and came here to learn more or that you have seen one of my webinars, became intrigued and are now taking a closer look. It's also possible that contained within this blog are things you really needed but until now you had no idea that you did and now that you're here you have a sense that this is something you need.

In any case, here you are.

Before we move on, please keep this in mind - this is a work in progress and far from complete. As well, a lot of completed material previously published is down for the time being while "under construction". I do hope that what is here is enough to keep you here and that you can exercise patience with the pace of coming material.

This blog - this collection of material - is comprised of four basic areas of possible interest. They are:

One man's story of living with a so called mental health disorder.

An education on the brain and human behaviour.

An exploration of mental health issues.

How to better live with your brain and make the most of it, regardless of whatever situation you now find yourself in.

While all seemingly unrelated, you will see as we go along (or at least it is my fervent hope that you see) that these are all very tightly interwoven.


On the name of the blog.

While living with bipolar has been an ongoing thing all my adult life, it was starting in 2008 that this took on life threatening dimensions and titanic struggles the likes of which only a small percentage of people experience and which few survive. During the summer of 2010 as I was coming to grips with this (then new for me) diagnosis of bipolar disorder and seeking material to better help me understand all that that entailed, I found and began reading and studying the book Taming Bipolar. I'd been journaling about my journey in an online forum and in a particularly mentally foggy state, I miswrote the title of the book as Taming the Polar Bears. This took root as a point of discussion and as I thought about it, it represented my struggles - these polar opposite forces in my mind that were driving me (literally at the time) crazy. My metaphors for these states became Manic Bear and Depressive Bear and to get healthy I had to "tame" these polar bears. That's how I continued to refer to my struggles in that online forum and when later that year I started this blog as a personal journal (literally a web log) the title naturally became "Taming the Polar Bears" (some of the earliest entries are still available through the archives).

The story of the current form of Taming the Polar Bears

From the summer of 2008 through to the end of 2012 I went through an inner horror show the likes of which few people go through and which few of those who do survive (survive in the literal sense of not dying or in the sense of surviving to reach the state I am now in). This is not hyperbole nor melodramatic exaggeration; this is the medical reality of having lived through the worst form of one of two of the worst psychiatric disorders.

Thirty months of that horror show - and the absolute worst of the horror show - came while I was under the direct care of the psychiatric establishment taking every one of their medications exactly and precisely as directed to the letter. It also came under the direct care of a small army of psychologists and following everything they suggested and what we worked on by the letter.

Trust me, there are no shortage of "non-compliant" patients who are their own worst enemies. I was not one of them. I was a model patient.

On the night of December 28th 2012, after thirty months of following the very best of what the mental health care system had to offer and following it to the letter, I had the most horrific, terrifying, and life threatening psychotic episode of perhaps a dozen or more that I had suffered and survived since that summer of 2010.

For one simple reason - virtually nobody does survive them.

But somehow I did (and that "somehow" is a story I should probably get to some day). And when it was over I entered this incredible state of clarity and epiphany. And I had one burning question on my mind - why?

Why, when following everything I was supposed to do, was I only not getting better, but I was getting horrifically worse?

As I started looking into this, I discovered that not only was it me not getting better but much worse, virtually nobody under the care of the psychiatric establishment was getting better.

I then wanted to know why that was.

The past four and a half years - but especially the first eight months of 2013 following that epiphany moment on the morning of December 29th, 2012 (the episode started the previous evening and lasted through the night) - has been a quest to answer that one question - why?

Why, despite all the advances and efforts and billions and billions of dollars spent by the psychiatric and psychology establishments, were mental health issues and psychiatric disorders NOT getting better? Why were they not only getting worse in terms of sheer numbers and personal suffering, but actually exploding in numbers world wide?

None of this is arguable. The evidence is well established and well documented and for anyone who cares to look, self evident.

The journey to answer that question led me to become an acknowledged expert and authority on neuroscience and mental health disorders.

When I began to understand the enormity of the problem and some of the answers began to present themselves to me, my goal and aim became nothing less than to change everything that is commonly understood and accepted about the brain, human behaviour, mental health and more importantly, what to do about it.

It is, as you may well imagine, no small task.

Welcome to Taming the Polar Bears.