The Inevitable - On Life and Death 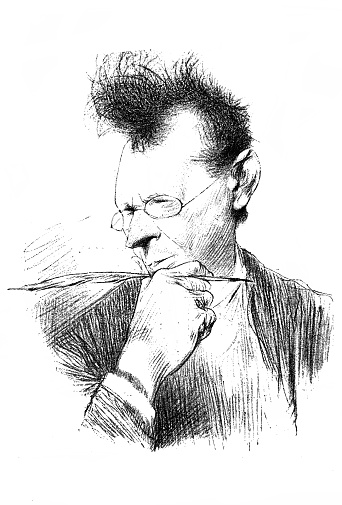 Life and death are the same things. One cannot be without the other. To die means that a life had to come into being in the first place. There cannot be death without life, there cannot be life without death. It is literally the most fundamental aspect of all of nature; there can be no continuation of life without death. I've long found it ironic that people who claim to "love nature" may also have a morbid misunderstanding of and fear of death.

To fear death is to fear life. It means to tiptoe through one's time on earth avoiding death. This means - to me, at least - never truly living and experiencing all there is within the limited time of one's bodily and mental existence.

Nothing will cage a person more than these roots of fear. Accepting and facing the truth of death frees one to better accept and face many truths.

To realize these is to open one to more fully living all that life may be.

Before we continue further please feel assured that yes, I do very well understand the "evolutionary advantages" of fearing death. All higher order animals have this basic survival instinct. It is nothing special. Yes, we must all heed this instinct at times. I simply expect more of humans and our far more advanced capacity to think and act above our base emotions, to not be chained and caged by them. In this vein, not fearing death does NOT mean being foolhardy about risk.

To me, fear of death is two things. One is a bizarre denial and avoidance of one of the fundamental truths of all life itself. Two is that it seems to be a egotistical conceit that one's life has some sort of value that supersedes the laws of nature.

I think also that fear of death for many may have been planted by various religious based notions of an afterlife in hell or some sort of permanent suffering or that humans have a soul that lives on after death. Fortunately, I am blessedly free of such nonsensical and superstitious beliefs (and I am quite aware that there is a flip side to this belief that brings comfort to many, that is, that there may be a "better existence" in a heaven of some kind or "another shot" at life on earth). I simply believe the truth; we are biological organisms that follow all the rules of life and nature like any other organism. When enough cells within our body call it a day, organs will start to shut down, the lights will go out on our conscious experience and life ends. All the biological matter that makes up our physical and mental essence will start to break down and decompose within hours. And that's it. "We" only ever existed within our own brains and when that ceases to function due to critical damage at the brain stem or the organs that supply it with nutrients and oxygen stop "we" cease to exist. This is not tragic, nor, even, sad. It simply is. It is how all of nature is. Again, to deny death is to deny all of life.

In the musical Jesus Christ Superstar, the character of Jesus sings a line that "to conquer death you only have to die".

We might also say that to conquer death - or the fear of it - one need only have some very near experiences of death.

I have to confess that in my life growing up in the dangerous world of logging on British Columbia's west coast, then later motorcycle riding in Asia gave me much training for overcoming this fear.

Posted by Bradley Esau at 10:10 PM No comments: