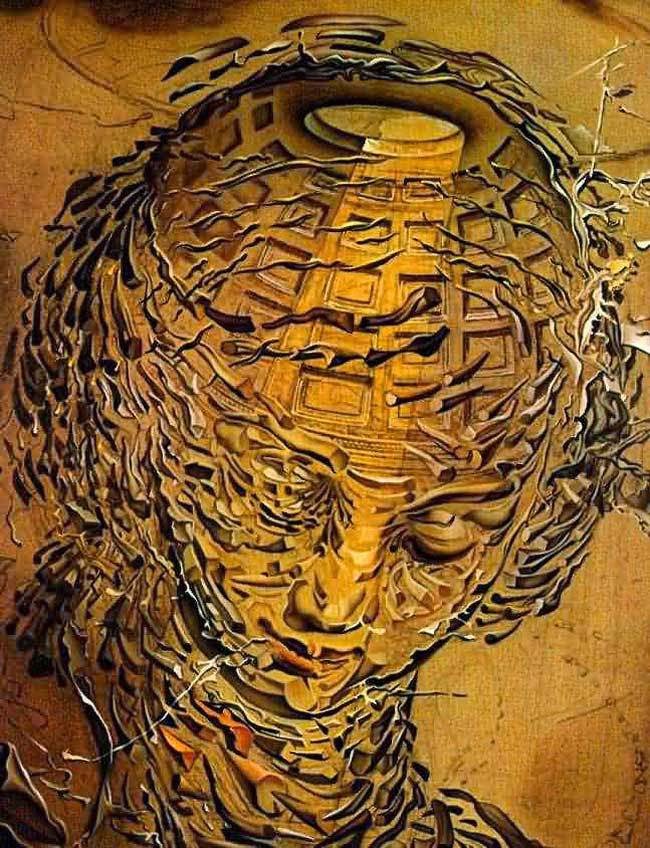 I ended off  the first part of this series "if evolution is essentially a drive to survive, a drive to reproduce, why would suicide genes have survived?". "Or, on the new understanding of DNA, why would it have developed?"

As I've stated, I didn't particularly feel in control of any of my suicidal drives. It for all the world felt like something else was in control. After coming out of the states of those various episodes, I'd think that it didn't make sense. The survival instinct is the most powerful in any species; why then would anyone be driven to self-destruct?

To answer those questions I suppose it's best to start with two obvious points. One is the super key evolutionary strategy of genetic diversity. It's not the only strategy, it's just a pretty good one. That's why humans dominate the earth. We are more genetically diverse (and this is most true in how our brains vary) than any other species on earth. We are more successful than our very closely related fellow primates because we are more genetically diverse. It's why we produce seven foot tall basketball players, tiny gymnasts, Mozarts, and Einsteins all out of the same basic species. This doesn't work by design (don't listen to the Creationists on this), it happens more or less by blind fluke; produce enough variations and enough of them will "work" to make the whole species better. The environment may well one day trump all this "success" (obliterate the human race in a massive asteroid strike for example) but that's neither here nor there at the present time. Right now we're "successful". And this process has worked by grinding out the weak. Or at least it did until we evolved the smarts to start overcoming many of these weaknesses with modern medicine and other meddling.

Two is that "you" are not important. The survival of the species is. Yes, as much as the "everybody-is-"special"-and-gets-a-gold-star" liberals would like you to believe otherwise, you and your survival are actually extremely insignificant. It's the survival of the species that's important. The odd individual may prove significant (those that made those medical discoveries for example) or sometimes individuals band together to become significant (the Bolsheviks for example) but by and large most individuals are completely insignificant. Your disappearance won't make even the tiniest little difference to the survival of the species. (yes, I know, quite sobering, isn't it) But take heart, entire civilizations have disappeared or been wiped out and the homo sapiens species, in case you haven't noticed, has carried on quite fine.

So if we accept that the species is more important than the individual then the idea of suicide genes starts to make more sense. I know this runs counter to every liberal's core thought process but we're not talking philosophy here, we're talking raw evolutionary forces. The latter has been around for four billion years, modern philosophy for about ... what? A couple hundred or so? Evolution could give a fig about our puny thought systems.

In truth, I shouldn't disparage left wing philosophy so much. It's actually pretty important and itself has an evolutionary basis but that's for another time and place. It's just that it doesn't overcome all countering evolutionary forces (evolution is all about back and forth jousting between competing forces, after all). Or at least not yet. So I shouldn't imply that those so inclined shouldn't try. Trying is the whole point in making any given evolutionary strategy "work".

"Stress" is not a modern invention. We've certainly created infinitely more sources for it, but it's hardly new. What we experience as stress originates in the stress response system, a very old piece of brain hardware indeed. It involves the limbic system and some deeper brain hardware. Not all animals experience stress to the degree that we - and our higher evolved animal cousins - do which is why we have developed such a wide variety of illnesses that arise from stress.

The stress response system evolved for situations of danger or injury. Like a charging rhino for example or getting gored by that rhino. Those are acute, short term examples. But there are chronic examples. Like long term starvation. Chronic hunger will trigger the stress response system. This is, of course, to kick a person into action (fight or flee, or in other words, do something drastic (like wipe out the next tribe over and take their food) or go elsewhere in search of food).

It's not useful - and we're talking strictly in terms of evolutionary design here - to have weak people around in situations like this. Which is of course why so many people don't survive these situations. Don't fight or flee properly? Out of the gene pool you go. Now I was dead wrong about lefty liberals before. I was wrong because somewhere along the line we - human, primates, elephants, dolphins/whales and a few other species - evolved "empathy centres" in our brains.

Empathy centres mean we feel others' pain along with our own. It impels us to help those others when they don't fight or flee properly. This helps the tribe, you see (and hence the species at large). So despite what the right wing conservative or libertarian kooks believe, there is a massive evolutionary advantage to lefty liberalism. (sorry, just had to sneak all this in there).

But life on earth is tough and always has been thus (and of course today's version of "tough" doesn't hold a candle to tough times from the past (thanks in no small part to all those strong empathy centre liberal types)). And there are only so many of the weak that can be dragged along in times of chronic stressful conditions. Somebody has to go or the whole tribe (and species at large) will be in danger.

It's never really been "cool" in our evolutionary history to just up and cull out the weak. We may have let them die, but it's not cool to kill them if they don't just die out themselves. So what to do with those who are too weak and are a drag on the whole tribe?

Evolution of course has an answer and that answer is the suicide gene. Certain people will be "pre-programmed" to self-cull if the going gets too rough.

The going gets rough, this triggers the stress response system, the brain and body gets flooded with stress hormones and the presence of these hormones will activate certain genetic responses (this is extremely well known and established) and one of the possible responses is to self destruct. The weak must be culled from the herd and if no one else will do it, then it must be a self-activated act.


Bing-bang-boom, there ya go. The answer for my quest for "why?"

And on a deep subconscious DNA level, the tribe approves. Because the tribe knows that this self-culling is necessary for the tribe to survive. Which is why no one really gives a shit if someone commits suicide - on a deep level we understand that it was meant to be and for good reason.

And even those with strong empathy centres that want and try to help have limited reserves of empathy and energy when the situation is really difficult.


The sixty-four thousand dollar question then becomes; to what degree should our modern day tribes - society and smaller family units - be willing to help those in danger of "self-culling"?

And of greater importance, what should that "help" look like?

The answers to that are not easy nor one dimensional but the exploration of which is more or less the raison d-etre of this blog. A more concise summary of what I think that help should look like is in the works but I always start with my Positive Difference Making Fundamentals.