The Myths of the "Benefits" of Psychiatric Drugs 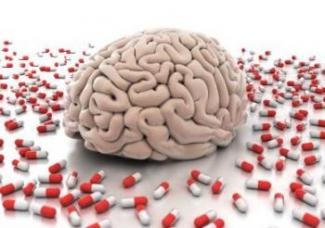 Note - this post has been edited since its original writing to include links to source materials and for further reading. BGE - February 5, 2014

It is unlikely you will believe in the information I am about to give here. For the vast majority of people information of this kind strikes a strong cognitive dissonance within them. For people love their drugs. People believe in their drugs. People want to believe there are magic bullets in a pill that are going to make things better. (1) But this is a myth. According to a McLean's magazine article earlier this year prescription drugs lead to 100,000 deaths a year in the US and 10,000 in Canada, many of these from psychiatric drugs.

I am a psychiatric survivor. When I survived the worst of what was several horrific episodes of suicidal psychosis and then found that the very drugs I was given by doctors to “make me better” were in large part responsible, I vowed to do what I could to dispel the myths – I might say propaganda – that pharmaceutical drugs produce better outcomes for psychiatric illnesses. I devote my book Dancing in the Dark – Why?  to dispelling these myths and now I will devote more space in this blog.

Myth #1 – schizophrenics have to stay on their medications. Even after starting my research into psychiatric drugs I still believed this one but many studies show better long term outcomes with non-medicated treatment than with medicated treatment. The key term is long term. Drugs can knock down psychosis in the short term but will produce worsening outcomes over the long term. “Outcome” means being able to get back to a normal life. There are several reasons for this, not the least of which is the damage drugs will have on cognitive functioning and on motor movement. Anti-psychotics have been shown in long term studies to increase psychosis. A fifteen year study done at the University of Illinois comparing medicated and non-medicated schizophrenics found that forty percent of non-medicated patients recovered versus only six percent for medicated. Not only that but the “poor outcome” category was much higher on anti-psychotics than for non-medicated, forty-nine percent versus only sixteen percent. In the 1970's a Dr Mosher started a schizophrenia treatment centre called Soteria House in which no medications were used. A five year follow up of patients showed that seventy percent were able to return to normal lives, an astonishing success rate. In addition I came across many personal stories of sufferers of schizophrenia who didn't start getting better until after they stopped taking their medications and got out of psychiatric hospitals.

A full paper on the Soteria House project and the results can be found here - http://www.moshersoteria.com/articles/soteria-and-other-alternatives-to-acute-psychiatric-hospitalization/

The Harrow long term study on medicated and non-medicated outcomes for those with the diagnosis of schizophrenia can be found here.

Not only that, but research by renowned neuroscientist Nancy Andreasen  has found that long term use of anti-psychotics causes loss of brain tissue.

I had a single incidence of suicidal psychosis prior to being put on anti-psychotics. The  number and severity of incidences increased while I was on anti-psychotics. I had the one most severe episode since I stopped (the effects stay in the brain for some time even after stopping) and none since that time.

Myth #2 – psychiatric illnesses are caused by “chemical imbalances”. This was a theory several decades ago but it's one for which there is no proof despite decades of efforts to produce proof. That it is still believed by a majority of people is a byproduct of pharmaceutical company propaganda and our own desire to believe in the properties of magic bullet fixes for conditions like depression. You can try as you might, but you will find no study or discovery proving that any psychiatric illness is caused by a chemical imbalance. Actually, you will find no study or discovery proving any cause or etiology of any of the major psychiatric illnesses. If you find one, head straight to the Nobel prize committee because that would be major medical news. A good primer for some background reading on the history of the chemical imbalance theory and the media's role in its promotion can be found here - The Media and the Chemical Imbalance Theory of Depression. 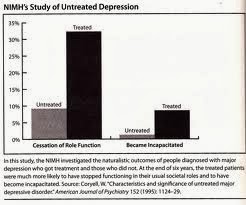 Myth #4 – psychiatric drugs are “safe”. I can personally attest that they are not. People who know me and saw my worsening condition can attest they are not. But numerous studies using brain scan technology show detrimental changes in brain tissue with psychiatric drug use. There are numerous studies linking anti-depressants to suicide and even murder. A brief summary of this can be found here - Psychiatric Drugs and Violence. And something that needs to be understood is that anything that receives a government warning is only the tip of the iceberg and a toned down version of actual cases.

Anti-psychotics impair or damage the basal ganglia leading to tardive dyskinesia, an involuntary muscle movement disorder which then ironically is assumed to be a symptom of schizophrenia. Brain researcher Nancy Andreasen's long term studies showed irrefutable evidence that anti-psychotic use leads to shrinkage of brain volume with the extent of the damage being dose related. In other words, the higher the dosage, the more damage was recorded over time.

There are also many studies connecting anti-depressants to increased risk of suicide, an effect I can personally attest to. Researcher David Healy is a leader in this field of study, establishing both the links between SSRI use and increased suicides

Myth #5 - The FDA and Health Canada tightly regulate drugs. One of the things I found out early on when I started researching psychiatric drugs was how shocking the approval process was. In Canada it's virtually run by the industry itself. The FDA board is dominated by ex pharmaceutical executives. Doctor, researcher and writer Ben Goldacre in his book Bad Pharma exposes how drug companies rig tests and outcomes of drug trials. Since the start of the pharmacological era drug trials have never been as rigorous as you might imagine and that is true to this day. If you believe that pharmaceutical drugs are safe when they hit the market, you have a lot to learn.

Myth #6 – pharmaceutical drugs are improving our lives and saving lives. This is the biggest myth of them all. As mentioned, tens of thousands of deaths per year are related to pharmaceutical drugs. I heard a statistic about one in five people having a psychiatric disorder. But we are consuming pharmaceutical drugs to the tune of billions of dollars per year. If drugs “improve lives” why then are so many people still ill? Pulitizer Prize nominated science writer Robert Whitaker has devoted himself to researching these questions. He's produced two books and writes a column for Psychology Today. He looked into disability numbers for psychiatric illnesses and found a correlating rise in disability rates with the start of the pharmacological era of psychiatric treatment. If drugs make us “better”, why are more – dramatically more – people being permanently disabled by illnesses such as schizophrenia, bipolar and depression? Whitaker's research showed that long term outcomes for all of those illnesses were better before the pharmacological era (which started in the late fifties).

For me, bipolar has been no picnic. I have had some good episodes of creative mania but also a lot of struggles. But absolutely by far the worst of those struggles and the worst of my suicidal risk came while I was under the care of psychiatrists and taking a large variety of psychiatric drugs. Prior to my experience I believed the myths, I believed in “better living through pharmacology”. That belief almost cost me my life. That belief does cost many people their lives.


(1) - If you are currently taking psychiatric drugs for any condition, please do NOT consider stopping them without first consulting a doctor who specializes in dealing with psychiatric drug withdrawal nor before drawing up a careful plan to improve your mental health.