To Be or Not to Be (Mentally Ill); That is the Question - II 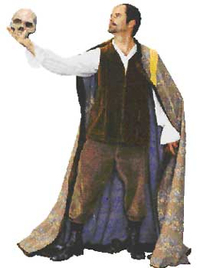 As I was saying in the previous post of the same name, it's a bit of a quandary as to how one should consider oneself. Trust me, it's not as easy as it would seem.

There can be strong psychological affects as I argue in my book, Dancing in the Dark - Why?. The reasons for this are the two sided psychological trick of placebo - nocebo effect. Placebo is well known but nocebo is the negative counterpart to placebo. I believe that the worst of my "mental illness" was a result of the nocebo effect of the very term itself, a sort of self fulfilling prophecy if you will. I read, was told and heard that bipolar I (and especially in someone like me who'd lived with it undiagnosed for so long) was a "serious, potentially deadly illness" therefor I believed I was seriously ill, so I was seriously ill. At the beginning of this year when I tossed my meds away and boldly declared (to myself first and then to others when it seemed sure that it worked) - I AM NOT MENTALLY ILL, I turned the tables on the placebo/nocebo phenomenon. Just in taking that action, I changed my belief system and shucked off the worst of the effects of what I had been going through. Then all was well most of the year until ...

... we got to where I had to be hospitalized again.

But this is how these things work; they wax and wane, much to my chagrin. And it's frustrating when I feel my mind is very strong and highly functioning over here yet it's still very malfunctioning over there (mostly as a result of five plus years of non-stop stress). But as I said back in the post on the human brain; there are one hundred billion neurons, a hundred and fifty trillion synapses and enough "wiring" to stretch around the world twice. Folks, that's a lot of room for error.

So am I mentally ill? Well, yes, no and maybe. One the one hand I feel as mentally strong as I ever have in my life. On the other hand I feel as mentally weak as I ever have in my life. And my mind might do anything. And here's the thing when it comes to living a "normal" life (IE; the one I used to live, the one that was a highly productive worker who owned his own condo, had lots of savings, etc), the part that's strong is not of much use. I can't see being paid anytime soon to do the kind of research and writing that I do. It's the part that I need for productive work that's part of what's broken. That and that little wee bit that wants to .... eerrrr, "self destruct" as I detailed in a three part series starting here. As much as people close to me would like that to just not be there, uhhmm, nope, it's not that simple. I don't know, nor does any doctor or psychologist know when that may rear its ugly head. So that's the "maybe" wild card.

So what do I think? Well, I don't like the mentally ill label because I feel I'm too "smart" for that. On the other hand it's a fact that it's kind of bureaucratically expedient for me to declare myself so just now. I truly am unfit for most work now and I think I just have to stop even looking until I can get myself back into better mental and physical condition. Plus there's the matter of  all the "land mines" out there that I could step on anytime and have blow up ("triggers" for suicidal episodes in other words). That is just not something I have any control over at this time. I work like hell at it but I really need to work with someone on that (I'm five weeks away from starting my therapy again). So for now, I'm going with the bureaucratic expediency angle which in truth, I really am disabled as far as being a productive worker goes. Or at least as much as anyone is (I've met several people who are on government disability for mental illnesses). This will help me get housing and a pension I can live on which will take an enormous load of stress off me while I better recover. So for now I have to wear the label.

This ties into medications now as well. To "wear the label" and get the benefits, I'll have to show that I've been a good boy and taking my meds. One of the reasons docs like prescribing "problem patients" like me lithium is that it requires regular blood tests to be sure it's in non-toxic levels in the bloodstream (lithium is ...uuhhmm, "yum", a toxic metal). So while this is medically necessary, it also tells the docs if you've been taking it regularly or not. I'm also on antipsychotics which I'll likely not take. Bad shit that stuff is. But to medicate or not is a larger issue that I'll address in the future. But I will have to show I'm taking the lithium because if I don't, that'll void the medical designation I need to draw long term disability benefits and that is something I really need right now. I hope not to stay on them long but you never know. I've burned through so many plans in the past several years that never worked out, I really need something I can count on and government bennies is something I could count on.

So to answer the question posed in the title? The answer, for now, is yes.

Just don't tell the "good half" of my brain that.
Posted by Bradley Esau at 4:27 PM